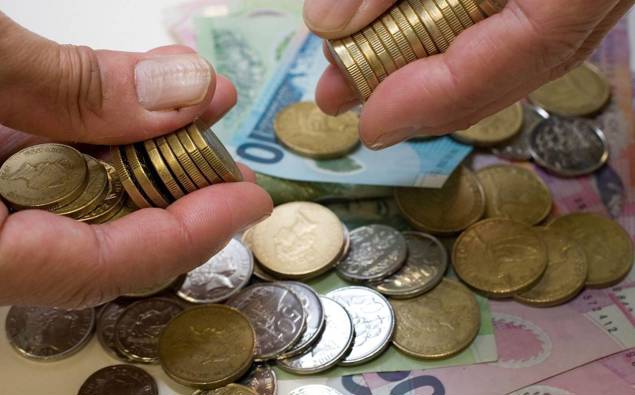 How to grow your money

Everything seems to cost more right now, putting a strain on your budget and savings.

But Tom Hartmann, personal finance manager at Sorted, says there are ways to adapt to make life a little easier.

“Fortunately, money is fungible and you can redirect it and do different things with it. The key is to rework your plan so that it adapts to this new world of inflation.”

He urged people to look at spending categories that might need to be expanded while thinking about areas that could be cut.

“It comes down to understanding what the essentials are.”

– Shop around for deals: like a better phone or a better power plan, negotiate for better rates and use electricity as much as possible during off-peak hours.
– Plan your meals: bring a shopping list to the supermarket and stick to it, buy seasonal fruits and vegetables and save them if possible.
– Go back to basics: grow your own vegetables or plant a fruit tree and trade your crops with other whānau.
– Pack your kai: fill water bottles and brew coffees to take home, and take snacks with you instead of buying them.
– Prepare a budget: try to put money aside for things that are coming up, have your bills paid automatically so you don’t be tempted to spend money and set long-term goals and in the short term.
– Evaluate your transport: petrol is getting expensive, maybe it’s a good time to invest in a bike to save fuel or use public transport.
– Warning: if you are asked to be a guarantor for a whānau or friends, be sure to consider the risks involved and what this means for you – you may be liable for the loan.
– The difference between good and bad assets: borrowing for a house can be more profitable than borrowing for a car.
– Do some research: Join groups like Cheaper Living NZ to read and share tips and tricks with other Kiwis.
– Get more support: Your local financial mentor can provide free, in-depth and confidential support to help you get the most out of your finances.source: MoneyTalks

Hartmann said people should also be careful about what they cut so they don’t feel deprived.

“These are generally hard to maintain. We really advocate for people to keep their spending where it makes them happiest.”

He said people can cut spending by gauging their spending based on the emotional return it gives them.

“Subscriptions are a great example of this. Some things will give you more emotional feedback than others and anything that leaves you indifferent or worse you can cut without feeling it too much.”

Hartman said shopping is key, citing the Gaspy app as a good example of people getting involved to let others know where to get the best deal on fuel.

“That potential of helping each other find the best deal to stretch our money is really good.”

Hartmann said the Kiwis had so much data at their fingertips that allowed them to make comparisons.

“Online there are a whole bunch of websites that will help you compare.”

Another money saver was buying in bulk.

“But you really have to know the difference between ice cream and butter and coffee and beer. There are certain things that if we buy more, we will end up using more.”

He said buying more products like ice cream or beer would likely only increase their consumption.

While more butter was unlikely to get anyone to use more of it.

As for the purchases themselves, he advocated grocery shopping online because it was easier to ignore marketing and substitute cheaper products or alternative brands.

Hartmann said one thing people can do is prepare for future price spikes, like the electricity price spike over the winter or their fixed-term home loan.

“We know that July and August [power prices] are going to skyrocket, so make sure you can cover that.”

It was also important to plan ahead for expected price increases, such as an increase in interest rates on a mortgage.

“Our mortgage tool on Sorted is really good at testing your situation. If you raise the interest rate to 7%, you can start making predictions and say, if there were any, what ours would look like; how do we take care of it?”

Canstar NZ chief executive Jose George said home loan repayments were an area over which households still had some control.

Mortgage rates have already risen rapidly and about 50% of mortgage holders were expected to forego fixed rates this year.

George said the impact would be hardest for households that bought during recent housing market highs while taking out mortgages at historically low home loan rates.

But he said there were ways “to soften the blow” and he urged borrowers to speak to their bank.

“They can gladly offer a discount off the public rate, especially if you’re a long-time customer.”

George said some borrowers might be able to lower their interest rate if they had built up equity in their home by paying down debt or increasing its value.

“There are often discounts for those with 80% or more equity in their property. Check your equity percentage against publicly available data such as Auckland Council’s new CVs and negotiate a discount on the back of the new ratio.”

George said borrowers should avoid simply letting their mortgage go from a fixed term to a variable rate that was usually much higher.

“Always track the end of your fixed rate term and re-fix it as soon as you can, if advantageous. rapidly rising interest rate market.”

Hartmann said people shouldn’t feel like they are struggling alone and he urged people to contact MoneyTalks for free advice on 0800 345 123.

“The point of all this is not to borrow in times of crisis. To avoid getting into debt again, especially for the essentials.”

What do you think of my junk money market?