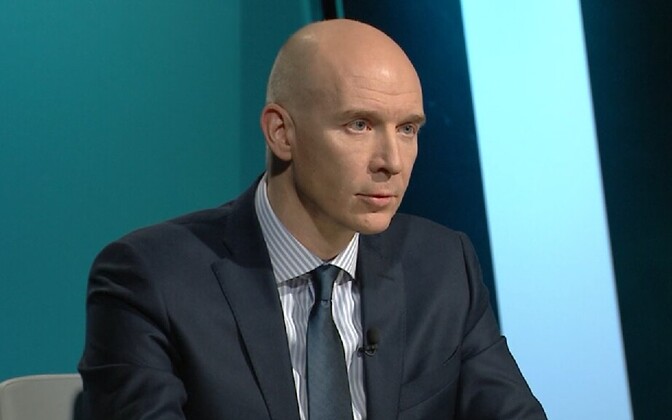 The eurozone saw consumer prices rise 8.1% in May, well above the European Central Bank’s long-term target of 2%. High energy prices increasingly translate into higher prices for other products and services.

Russia’s aggression in Ukraine has caused a spike in the prices of foodstuffs and other raw materials of which Russia and Ukraine are the main suppliers. The effects of war and sanctions are further exacerbated by China’s coronavirus restrictions. It is increasingly clear that we have reason to speak of more permanent upward pressure on prices, a situation in which the central bank must intervene.

The rapid inflation in the Eurozone, including in Estonia, was not caused to any notable degree by the extremely liberal policies of the ECB for many years, despite opinions to the contrary.

The central bank’s asset purchases or “printing” lasted seven or eight years, while average price growth in the euro zone was limited to 2% before the middle of last year. It would have been even lower if the ECB had not taken this measure to stimulate the economy.

The effect of the ECB’s quantitative easing was limited, however, as much of the extra money did not reach businesses and individuals. The banks have simply been unable to find enough ways to lend the money created by the ECB’s asset purchases.

Loan growth remained rather modest in the euro area. In other words, the market did not see too much money that would have caused prices to rise sharply through major investments or increased spending.

That said, the ECB would be responsible for the potential deepening of price gains if we failed to react to increasingly broad-based inflation. The full effects of central bank decisions on rising prices will not manifest themselves for a few years, all the more reason not to hesitate. This realization is behind the ECB’s decisions this week.

The ECB’s additional asset purchases will be concluded from 1 July. In addition, we have decided in principle to start raising central bank interest rates in July. Financial markets have been anticipating this change for some time, which is why Euribor interest rates, usually referenced in loan agreements, have risen recently. The 6-month Euribor rate which affects most Estonian borrowers and which had been negative since 2015 is again above zero as of this week.

While the ECB’s decision to make mortgages more expensive for individuals in a situation where rapid inflation is making life difficult for everyone may seem paradoxical, inflation would accelerate even more without an interest rate hike, which would clearly be the worst development. It would be very difficult to contain inflation if the credibility of the central bank suffered if we hesitated. This would require an even bigger hike in interest rates and perhaps at the cost of a recession.

Rapid inflation is hitting everyone’s income and savings, while those less fortunate are likely to be hardest hit. They spend a large part of their income on meeting their basic needs and generally do not have real estate or other investments that could hold their value. The European Central Bank aims only its decisions to return to an inflation of approximately 2% in the years to come.

A look back in history suggests that Eurozone interest rates will remain very low in the Eurozone even after several consecutive hikes. Let me remind you that the six-month Euribor rate, to which we have become accustomed to remaining negative, was on the other side of 5% in 2000 and 2008. That is why the Bank of Estonia for years demanded that commercial banks take a conservative approach to home loans, which means that the creditworthiness of the borrower must take into account much higher potential interest rates.

In summary, it is clear that the central bank must play a role in controlling the price progression that we are prepared for. Since the decisions of the European Central Bank are based on the economic situation of the whole euro area, Estonia needs to take further economic policy measures to contain its even faster than average price increase. This means that Estonia must be careful not to further accelerate price growth through excessive spending and loan-based investment.

Those less fortunate who are most affected by soaring energy and food prices must be offered well-targeted assistance. Investments that could contribute to permanently reducing the pressure on prices caused by expensive energy must be chosen wisely.

Going too far in giving people perks and large-scale tax cuts could end up making things worse, including for the less fortunate, if it makes inflation worse.

Student loan interest rate to be capped at 7.3% in autumn, says DfE | Students

What are a best buy?