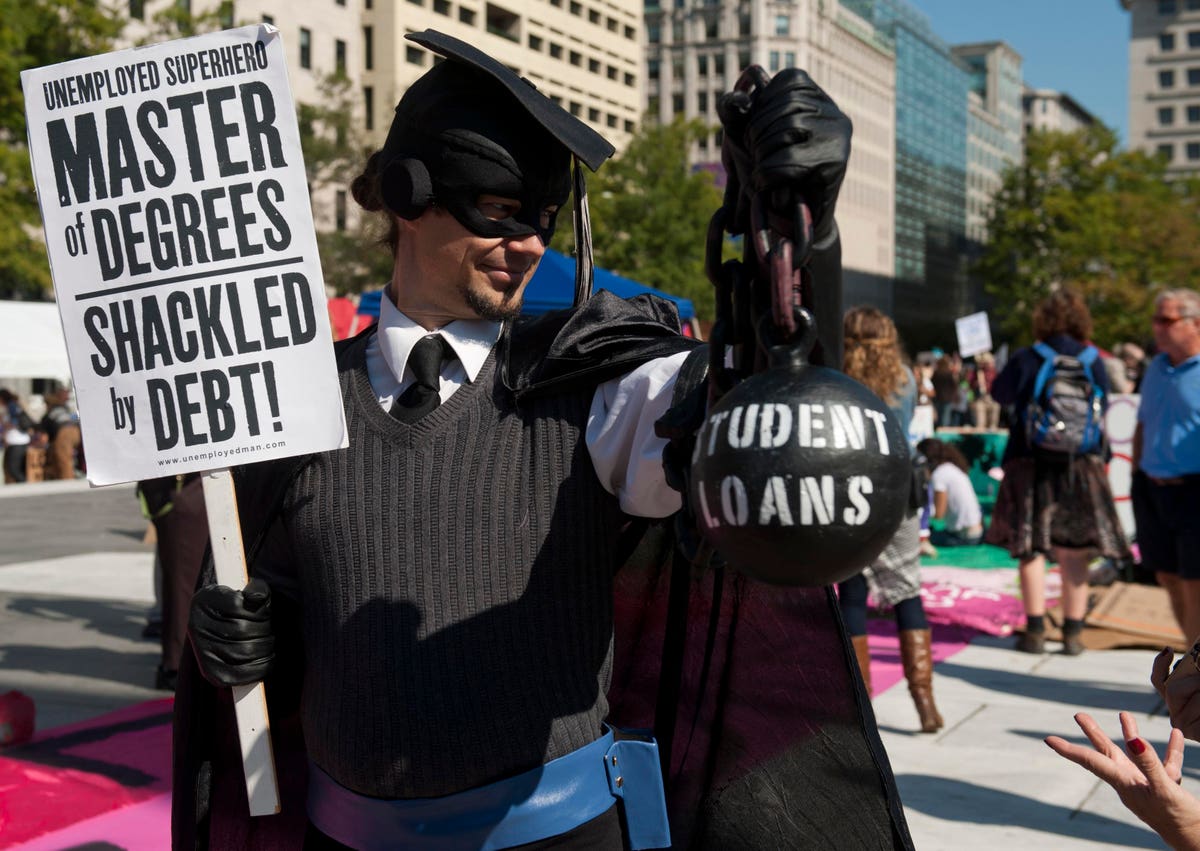 This may be the way to go for student loans

It’s hard to try to navigate the student loan cancellation controversy, in large part because of the prevalence of absolutes in public discourse. All loans should be canceled as opposed to no loans. And those who advocate, God forbid, means-tested relief are reprimanded.

The difficulty with the argument from extremes is that the opposition of points of view is often based on exaggerated assertions and straw man arguments. Reality is almost always more complex and convoluted than intellectual struggles for simplistic “clear” answers.

The details of the processes are often where solutions can be found i.e. if people are primarily interested in solving the problems and not in establishing their political good faith and seeking potential career connections.

Like a reader on Twitter noted as part of a message, one way to consider loan forgiveness is to separate principal and interest.

As you expand on this, how much of the burden is accrued interest? If someone has paid qualifying amounts for years and has never seen a reduction in principle, is that fair? If the loans are guaranteed by the federal government, should they be 6% when many loans could be obtained for much less?

Perhaps forgiving accrued interest and resetting the clock would be one approach, or reviving the old Perkins subsidized loan program as needed. Expand the Pell Grants so that instead of today covering about a quarter of the cost of an education – for remember these are for the most economically disadvantaged families – pay enough for the 68% that were activated in the mid-1970s.

A lower cost community college could be of great help. Not as an end in itself, necessarily, but as a springboard. Many students go through two years of community college to take foundation courses at lower costs than four-year institutions and then transfer. Lower the cost of those first two years and the total loan burden can be thousands less.

Let the Treasury fund loans directly with rates roughly the same as what the United States pays on bonds, which is almost nothing right now.

Let the states fund more of their public universities, as was the case in the past. Legislatures who want to say that there is not enough money should ask themselves why they think, if a state budget does not have the funding, that individuals do.

Perhaps the government, as the Twitter reader suggested, should cap tuition fees per credit hour. Think of it as a negotiation between the vendors (the schools) and the federal government as the customer. Charge too much and the institution may become ineligible for federal loans, leading students to other universities.

Start seeing education as more than expensive trade schools. It’s not just about getting better jobs for individuals. The country could view education as the process of creating a more educated and intellectually empowered population who could engage with more insight and independence in governance, public policies, elections, culture, etc.

For those who obtain graduate degrees, have great loan reduction programs for people who can provide expertise in serving the country for a number of years. Like a GI, the people who serve in the neediest parts of the country as doctors, teachers, professional engineers and others.

Stop other areas of spending or revenue cuts, like some federal defense spending or tax cuts for the rich, and redirect a significant portion specifically to a fund that would help cut costs for students.

These are not the only possible approaches to a more rational and reasonable set of policies and practices. But to achieve progress, those in power must stop leading everything in a fight against extremes. First and foremost, try to resolve the problem.

How to calculate principal and interest